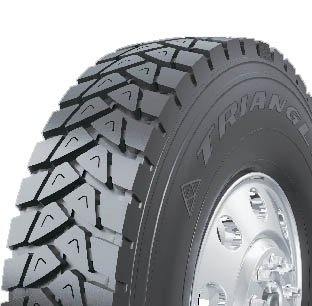 The surface of the summer tires are smoother than winter tires and their mixture is made of such materials which defend them from higher temperature. So it is worth to use summer tires when the temperature is over 7 degrees.

Since its founding in 1976, Triangle has already acquired a 33 year history manufacturing tires for most applications. During all these years Triangle has always maintained a single fundamental goal: to meet its global customer demands and serve the global market through continuous research and development. This focus has allowed Triangle to become one of the largest tire producing firms, ranking 10th among tire manufacturers in the world today.

Triangle produces over 700 kinds of radial tires in more than 160 sizes, and manufactures nearly 400 types of bias tires in more than 100 sizes. Annual production exceeds 10 million units, including over 7 million in radials which have become the backbone of our organization in the form of radial passenger car tires, radial light truck and truck tires, and radial OTR tires (for industrial, construction and mining equipment).

Triangle has also become an important supplier of OEM tires for some of the best known vehicle and equipment manufacturers the world over.

Having obtained a leadership position in the domestic tire market in China, Triangle is now in the process of expanding its international presence in more than 130 countries throughout the Americas, the European Union, Africa, the Middle East, Asia, Oceania and the Pacific basin, enjoying the reputation it has built with its global customers through its confidence-inspiring emphasis on maintaining top quality and reliability. The ongoing economic globalization process is providing an exceptional opportunity for Triangle to assure the brightest future for its importers, distributors, and dealers, as well as the millions of end users all over the world.